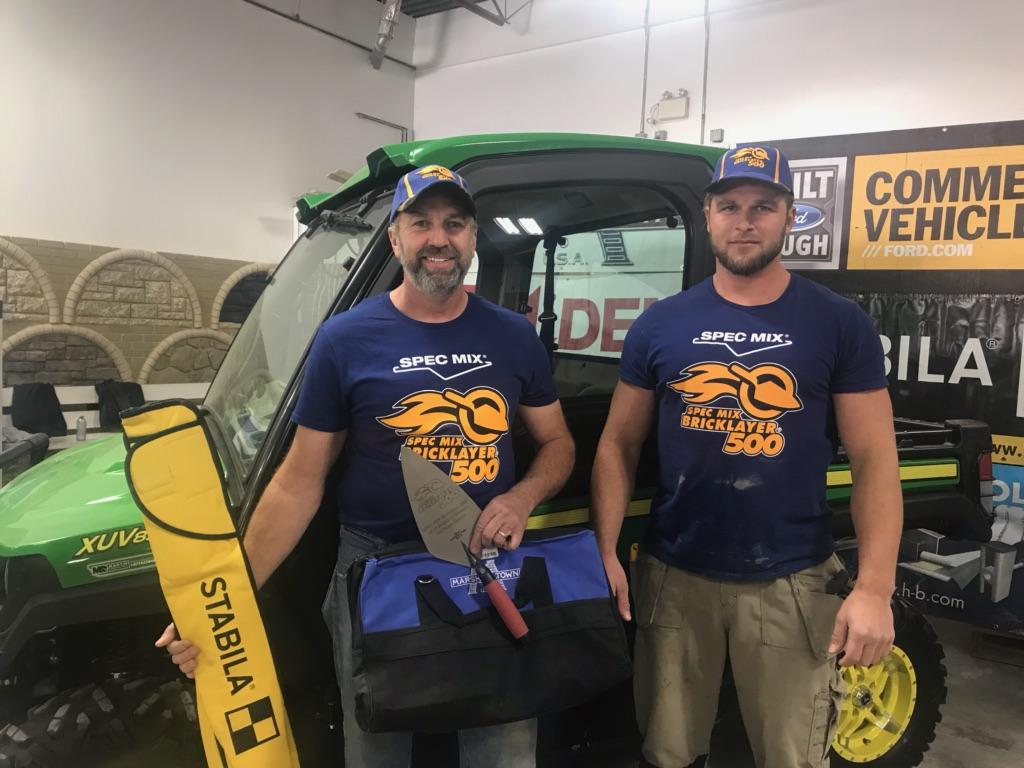 David Sontag is appearing in his third SPEC MIX BRICKLAYER 500 World Championship. He has been a mason for three decades. From a young age, David’s dad would take his brother and him out every Saturday to work. While other kids were watching cartoons, they were stacking block and brick! His father always told him, “It’s never too late to try.” It sounds like that advice has paid off for Dave Sontag, a regular competitor in Las Vegas since his first appearance in 2014.

David is hoping to take home the title, and is looking forward to a long drive home in a shiny new truck! He says that he’s proud to take part in an event that turns the work day into a sport that requires speed, endurance and skill. He says to be viewed as the best in this field of masons would be exciting.

David would like to thank his wife first and foremost, followed by his friends and colleagues at Gunther’s Masonry.