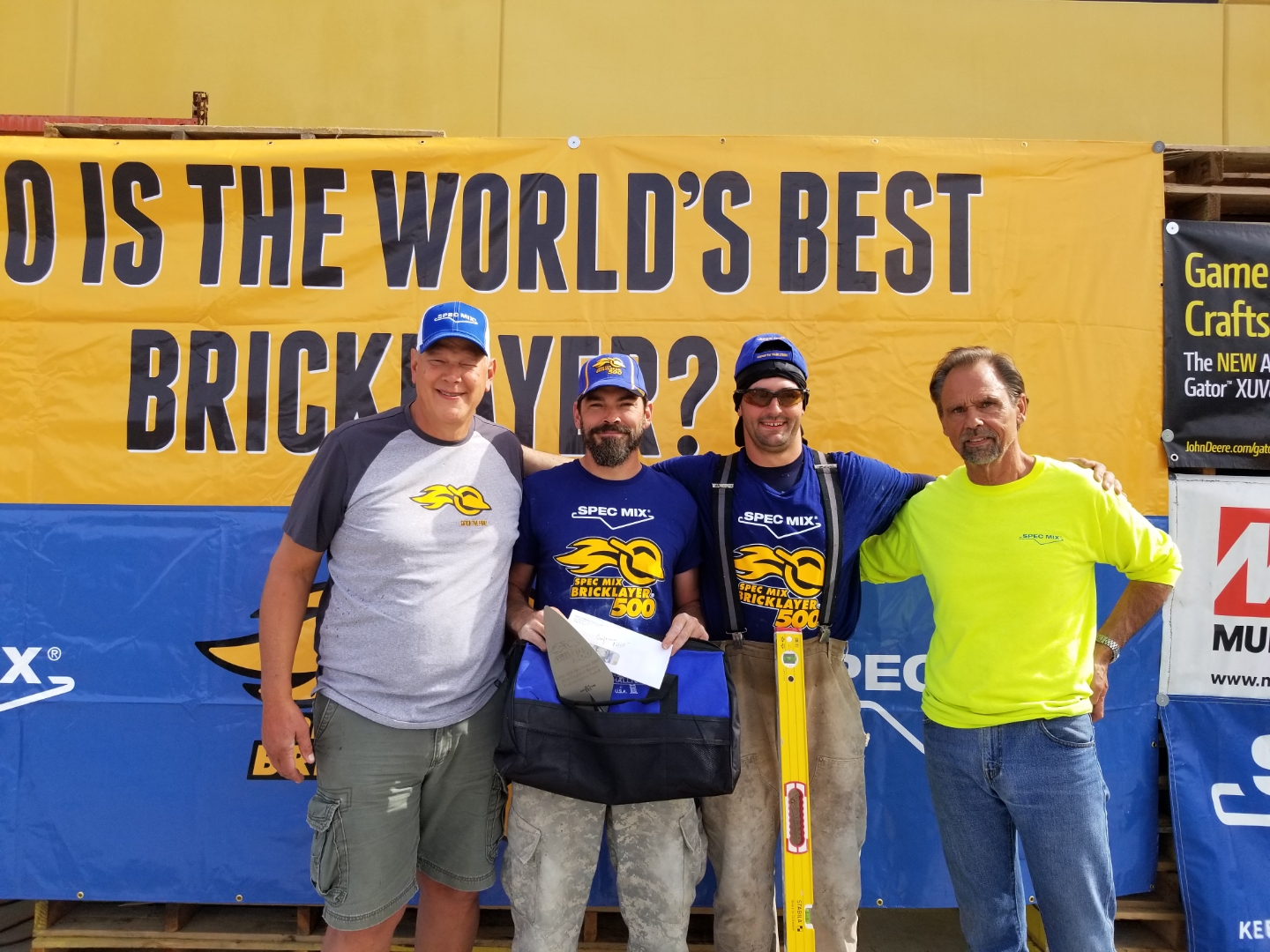 Dave Wernette started laying brick about 21 years ago in Grand Rapids, MI. He realized that trying to be a rockstar wasn’t paying the bills and he needed a real job. He went to a local brick yard, put his name in, and got a call from a man by the name of Dale Van Prooyen of DVP Masonry. The lessons Wernette would learn working one-on-one with Dale over the next year would never leave him. “Dale is, to this day, the best bricklayer I’ve seen. I think about him and am grateful to him every day. Lots of people have tried to teach me bad habits, and I stayed true to both his teaching and my conscience and it’s served me well.”

About two years ago, Wernette was looking for winter work and he ended up taking an opportunity just outside of Seattle with R&D Masonry. He enjoyed working with them so much that he packed up his wife Christine and three children (17, 15, and 13) and moved them from Michigan to Washington to join the R&D team.

The move has already opened doors for Wernette and his mason tender Joshua Carey. On their first attempt, the masonry team won the 2018 SPEC MIX BRICKLAYER 500® Washington Regional and qualified for the World Championship at the World of Concrete in Las Vegas. But they didn’t win by being unprepared. Wernette put in a lot of practice gearing up for this year’s competition, and he has his employer to thank. “I love working for these guys, they are very supportive. It’s really cool that they are interested and willing patrons of this contest, because it’s not something you can just decide to go and do one day and be successful; you need to practice and Don and Phil at R&D facilitate that.”

Wernette isn’t shy about confronting critics of the SPEC MIX BRICKLAYER 500. “I think more people need to know about this event; people inside and outside of the business. There are those who say this event has nothing to do with real-world masonry. I say to them and to all that the masonry industry is predicated on two things: production and quality. As individuals and as companies we have to produce quantity efficiently in order to survive in the market. If you can’t crank out quantity, you will fail, but you can’t produce shoddy work. Employers and customers expect quality, and if you do not produce quality, you will fail. These are EXACTLY the ideals that the Bricklayer 500 exemplifies and rewards. Just like in the labor or business market, he or she who produces the greatest quantity and quality in equal measure within the schedule wins.”