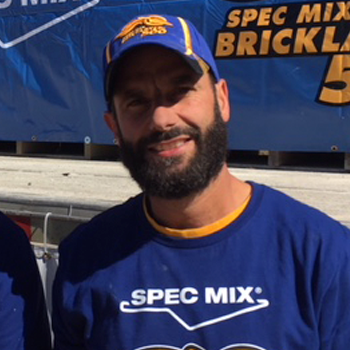 This isn’t the first rodeo for mason Emilio Dibra and his mason tender Charlie Cheatham of Cleveland, Ohio. They just had to take a different route to qualify this year.

The masonry duo first competed in the Las Vegas in 2016, falling short of placing in the top three. Unable to make it to the Ohio regional this year, they took a short drive to the West Tennessee regional and blew out the competition, which netted them the opportunity for another crack at the national championship. Their third official attempt.

With over twenty years of experience, Dibra has practiced enough to be considered a serious contender for the title, “World’s Best Bricklayer.” He’s aiming to hear his name called and to be immortalized into the SPEC MIX BRICKAYER 500 Hall of Fame.

Dibra would like to thank all his family and friends for their support in getting him back to the World Championship.