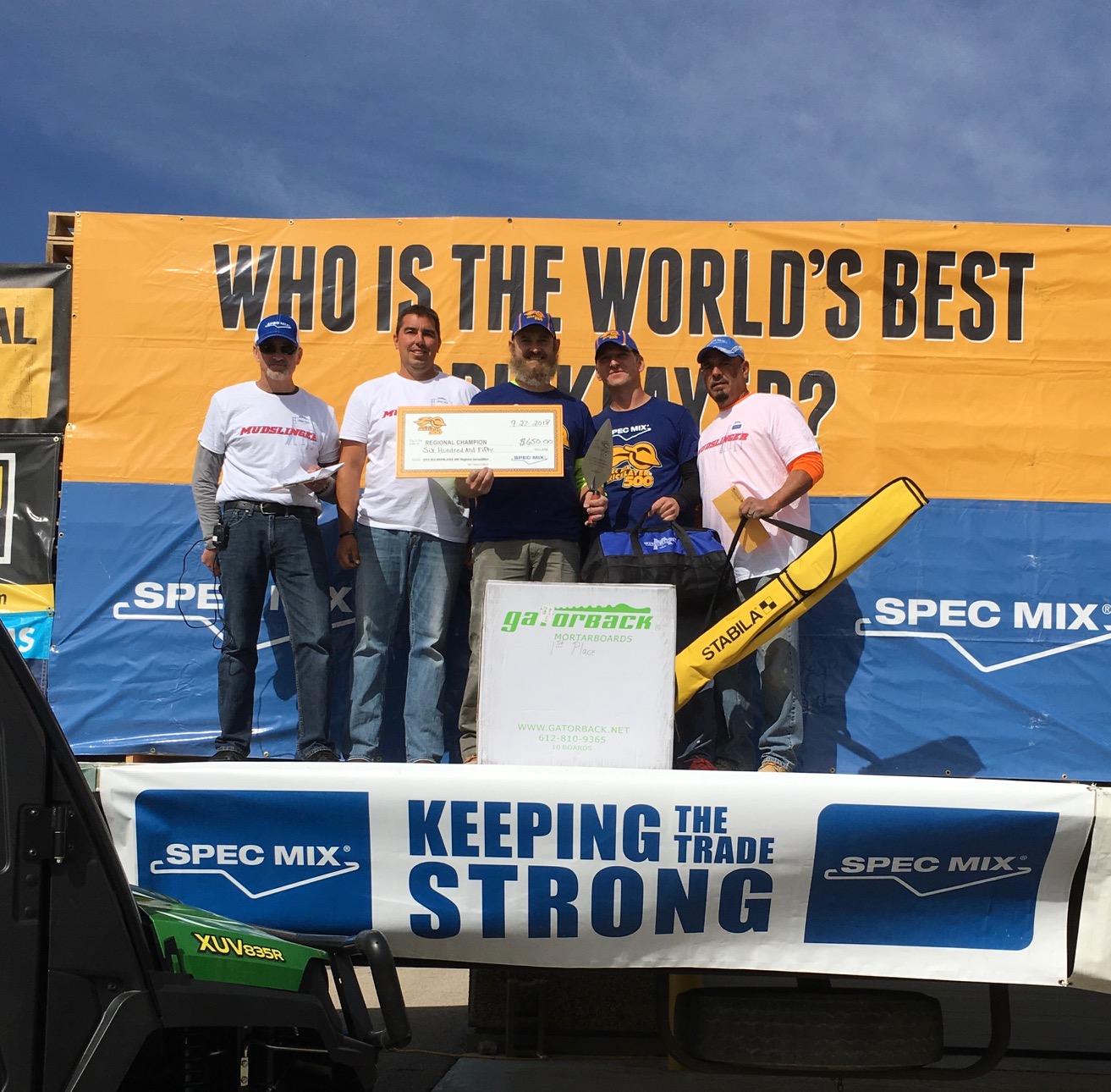 For 36-year-old mason Mike Schlund of Kowalski Masonry in Wausau, Wisconsin, the hard work finally paid off. On his fourth try he finally earned his spot on the SPEC MIX BRICKLAYER 500® championship roster. Schlund has come in second place more than once, but this year was different. With a brick count of 407, he finally took the title, “Wisconsin’s Best Bricklayer,” and he gives all the credit to the effort he put in before the event. “I finally got it this year. I practiced three times a week for three weeks prior. I worked on building leads and laying the backside of the wall.” Schlund knows that to be competitive in Las Vegas he’s going to need to lay more than 407 brick. “I have a game plan. Some guys are putting up 700 brick, but I think I can compete. If I can get 600 good brick on the wall, I’d be happy with that.”

Not a bad attitude for a guy who never saw himself becoming a brick mason growing up. When Schlund was in his early twenties he had friend in the masonry business and he reached out for to him a job. 16 years later he’s a master of his craft, just with a different company.

Al Kowalski, who helped start Kowalski Masonry nearly 50 years ago, couldn’t be more proud of Schlund. “He’s a great mason. He cares about his craft and is one of the best in the business. We are proud to have him.”

When Schlund isn’t busy perfecting his craft or spending time with his wife and 2-year-old daughter, he’s likely out hunting, fishing or camping. And if this masonry thing doesn’t work out for him, he has a side hustle; making 700 gallons of maple syrup a year for his company, Sugar Hill Sugar Bush.

If his maple syrup is as quality as his bricklaying, we are all in for a treat.