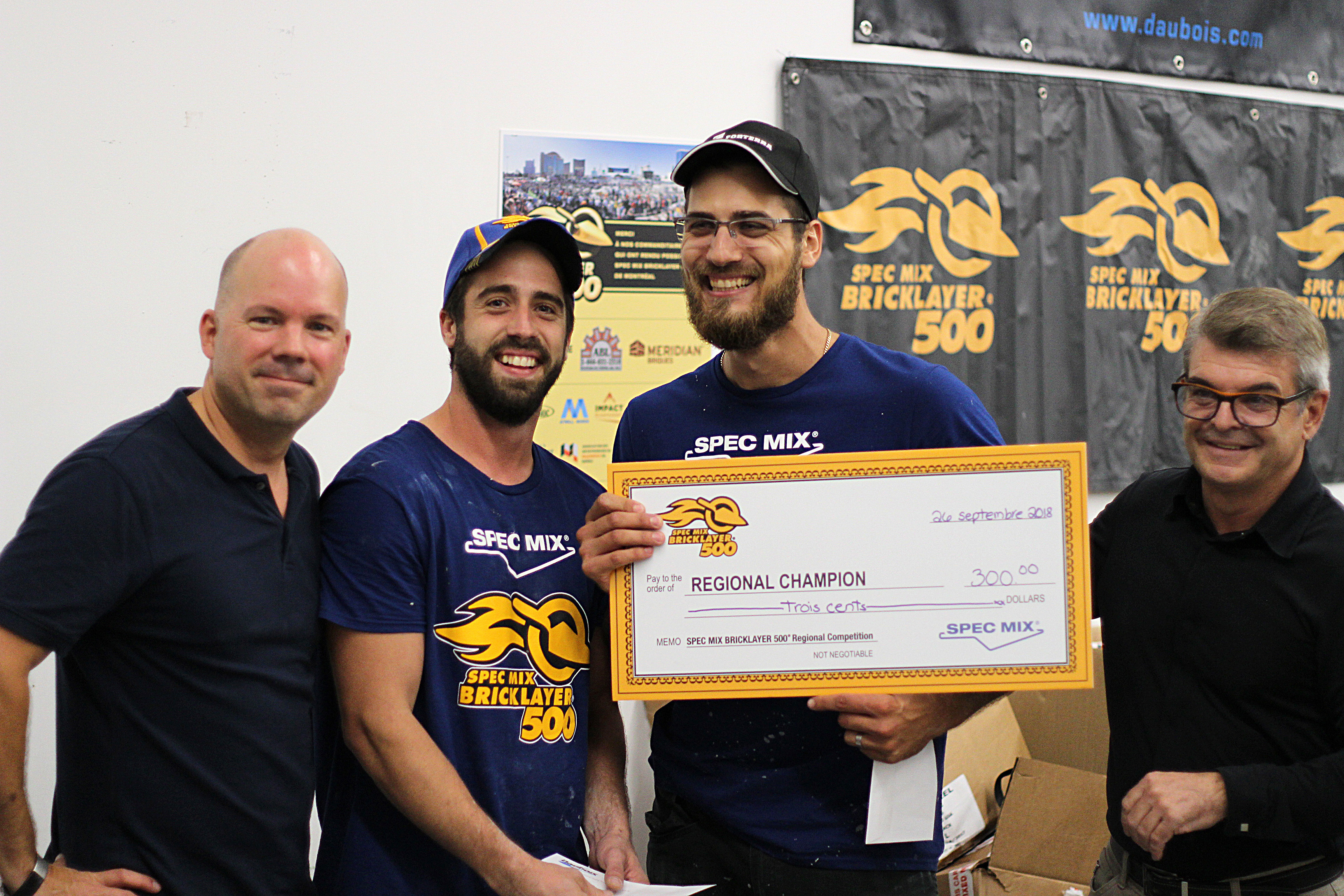 For 27-year-old mason Steve Thibault of Point-Calumet, Quebec, bricklaying was a natural fit. He took up masonry after giving it a shot, and realized he loved it. He’s been with his company, Atwill-Morin for the last three years, and now he gets to represent them on the world’s biggest masonry stage.

While a lot of masons put in a ton of extra effort to get to Las Vegas, Thibault just watched videos from last year, he believes that strategy will prove him well come January, “It would be nice to make the same wall we do a couple times before heading for Las Vegas, but just laying some bricks should do the job.”

Thibault laid 428 brick in his qualifying effort in Montreal. He enjoys the idea of the SPEC MIX BRICKLAYER 500®, saying, “It is very satisfying to prove you’re the best at what you do for a living so I think it’s a good thing having the occasion to measure yourself to the best guys around.”

While bricklaying may come naturally to this Canadian, he recommends anyone wanting to get into the trade prepare to work hard. The gig also has its perks, Thibault says he loves working outside and seeing all the jobs that he’s been working on when he drives around.