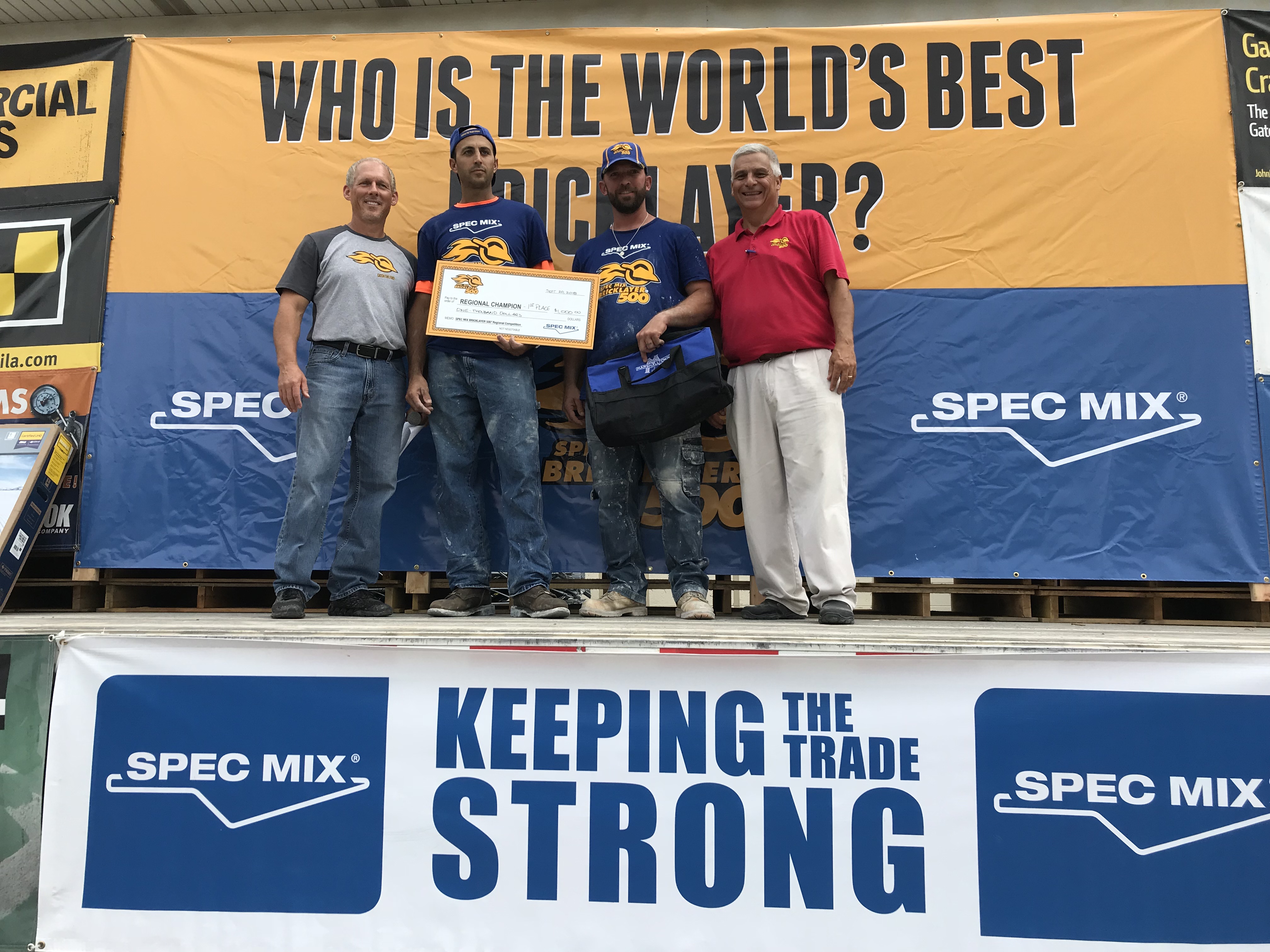 Pennsylvania regional winner Vince Polverini has been laying brick for the same company, DM Sabia, for the past 18 years. The 38-year-old mason grew up in construction, his father and two brothers are general contractors, and he loves everything there is about his job. “You’re on different projects, looking back at the end of the day, it looks pretty cool. It’s time tested, time proven. It will stay there for a long time if you build it right. That’s what I like about it. If you’ve even been to Italy, you can stand back, the town is 1100-years-old and is still functioning, it’s pretty cool,” he said.

Family takes up the majority of Polverini’s time; he’s married with a little boy closing in on two-years-old. “I’d love to practice as much as Scott Tuttle, but I just don’t have the time,” he told us. “I built two leads getting ready for this year’s regional. I’m going to try to practice a little bit for Vegas, but my goal is to try for 640 perfect brick. I’m going for the SPEC MIX TOP CRAFTSMAN; then we will see if we can win it all.”

Polverini would love to win it all, but that isn’t the only thing that gets him excited about the competition. He also enjoys being around all the talented bricklayers and watching the way they work. “You get to see some real talented individuals,” said Polverini. “Some of those guys who throw up 700, 800, 900 brick, some of these wall do look sellable, some guys are just that skilled.” He went on to mention how he would enjoy flying to Vegas to just watch the event instead of competing, “You can do quality and quantity at the same time; you just have to be that good. I want to watch how some guys pull it off.”

This is Polverini’s third time qualifying for the World Championship in Las Vegas. While he’s never placed, although he claims he has come close, and hopes this year is just like riding a bicycle.